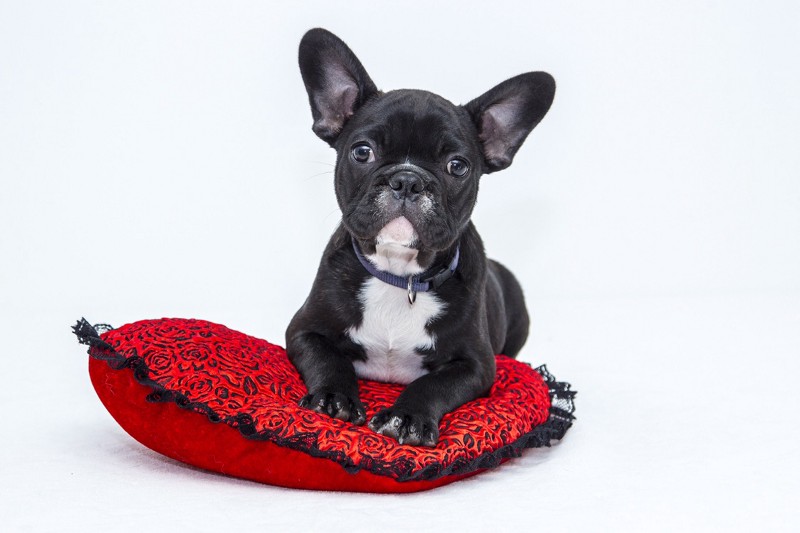 I have written some controversial articles before, but this is the one I’ve held off from publishing, because I know it will make you hate me.

Why? Because I’m about to tell you why I wish dogs had never been put on this Earth.

If you’re still reading, if you haven’t clicked off in dismay or revulsion, let me try to explain how man’s best friend, the fur-baby you love with all your heart, paralyses me with fear.

Over the years many people have stated, ‘Lisa doesn’t like dogs.’ And I need to spike that assumption right there. I don’t like green beans, or the smell of incense sticks, but they don’t make me run into the path of a moving car, screaming, if I come across them unexpectedly.

I grew up in a Yorkshire village where big dogs roamed freely. There was an unfettered dog at the end of our cul-de-sac which snarled and barked every time we passed, but my sisters aren’t scared of dogs. Just me.

I’m not blind; I can see the pure adoration between a dog and its owner. I can acknowledge that bug-eyed pugs are cute and that dogs are affectionate and loyal companions. I think most are intelligent, funny and wish with all of my heart that I could nuzzle up to a soft ball of fur without my pulse racing, throat constricting and adrenaline coursing through my body like a lone woman on a dark night with heavy footsteps two paces behind and getting closer.

Because that’s what it feels like when I encounter a dog. The fight or flight hormones rush through me uncontrollably. I start to sweat and shake, tears spring in my eyes and my heart pounds as though trying to escape my chest. I compulsively look for an escape and all rationality bolts out of the window. Being endlessly told that dogs can smell fear really hasn’t helped.

Imagine being a woman in your forties and having that reaction to a pooch. It’s humiliating, mortifying in fact. Imagine being invited to a new friend or colleague’s house and having to ask if they have a dog before accepting the invitation — then feeling the need to explain your pathetic, embarrassing reason.

‘He won’t hurt you,’ Have you any idea how many times I’ve heard that over my life-time? Every dog owner I’ve come across tells me that theirs is the softest, cuddliest dog on earth, ‘He’s more likely to lick you to death.’

And I get it. Telling an owner you’re scared of their dog is the same as saying you’re terrified of their baby. They can’t believe someone could be afraid of the very creature that is their protector, adores them and is, possibly, the only member of the household who is demonstratively pleased to see them at the end of the day.

But, if I can see their point of view, I do wonder why the majority can’t see mine. Most people are scared of something. It might be spiders or snakes (both of which I’m fine with). I knew a woman who was genuinely offended that I didn’t want to be alone in a room with her German Shepherd even though she couldn’t get on a plane without Valium. Go figure.

I’ve tried to address my issue. I’ve had Cognitive Behaviour Therapy (highly recommended) and Hypnotherapy. I believe these treatments took me from phobic to scared, which is a leap far bigger than it appears on the page.

A therapist told me it’s likely that my fear is a crystallisation of all my anxieties. Any problems I had in my early years I boxed up and ignored, but they had to have an outlet somewhere, so I focussed everything on the thing I was naturally nervous of — dogs. That way I had an excuse to avoid dogs (my anxieties) or, if faced with one, I could go into meltdown.

I’m the first to admit I don’t come across as vulnerable, but if I’m confronted with a dog, I am suddenly in need of protection. In our early relationship my husband used to refer to us as ‘Wonky John and his terrified girlfriend,’ because if we encountered a hound, I would pull his arm down and around me, to shield and protect me. The therapist said this could be a mechanism for me too.

As a feminist, I find the concept of contrived vulnerability (however subconscious) troubling. It’s hard to accept that part of me is so needy.

And if this is the reason for my extreme fear, why couldn’t I have chosen something else to be terrified of; rats or worms, for example? Those would have been a lot easier to explain and avoid than my Cynophobia — the official term for quaking at the sight of a Poodle.

To anyone who still doesn’t get it, it’s not your dog I’m scared of. It’s all dogs, from a Chihuahua puppy to a 60kg Rottweiler. And believe me, I wish I wasn’t.

My youngest daughter has a similar reaction to dogs and I have often been told it’s my fault. Despite galvanising myself to stroke every dog I’ve met for the last ten years, specifically so my kids didn’t experience the same painful angst, she is still frightened to the point of panic.

Being told I have instilled this in her is heart-breaking. Who wants to think they’ve caused their child to suffer, especially when they know how that terror can blight a life?

Personally, I believe I was born with an inherent fear, which was exacerbated by being faced with threatening dogs as a child, then mixed in with a smattering of suppressed anxieties. I think my daughter was born with the same inherent fear, otherwise how would I explain my elder daughter’s fearlessness around our furry friends?

The main point I want you to understand is that I don’t dislike dogs. It’s just not that. My fear is debilitating, embarrassing and socially unacceptable. I don’t enjoy shaking and crying or turning down invitations. I don’t enjoy having to avoid parks and country walks and long sandy beaches in winter.

I wish I could embrace the soft fur and see a loyal animal’s eyes light up when I walk into a room. I really have tried — and failed. My life is harder because of this, so, please, when you’ve finished hating me, could you try to judge me just a little less harshly too?