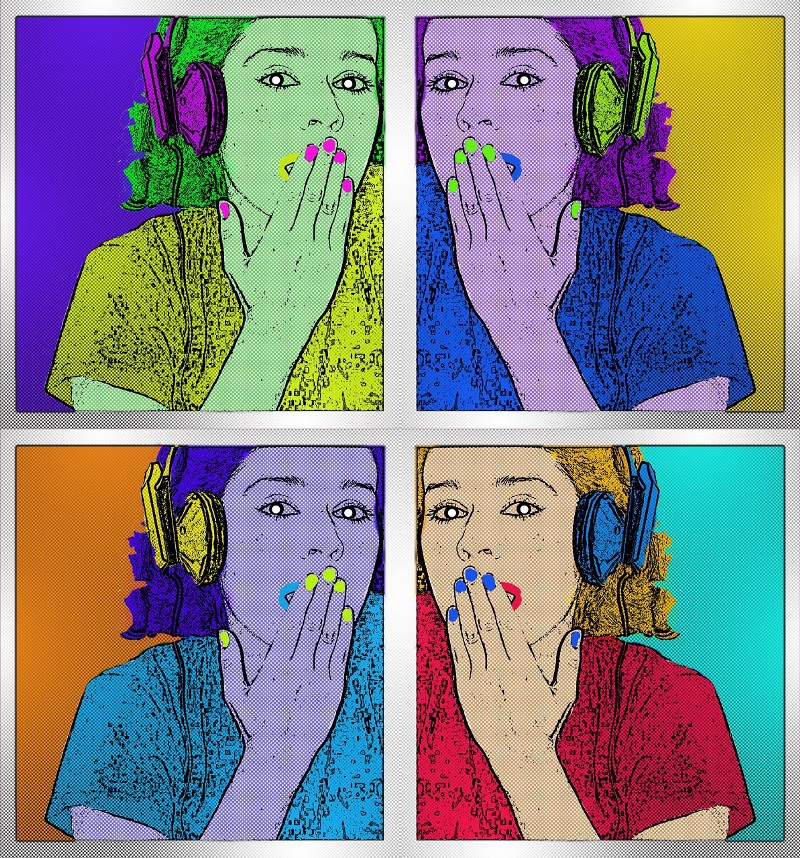 What Happened to Human Connection?

The dictionary definition of intimacy is: ‘Close familiarity or friendship,’ so when I hear of podcasts, which are, by their very nature, an external, intangible, remote digital experience, being described as ‘intimacy plus,’ my nose automatically wrinkles.

At this point I should explain that I love podcasts (The Guilty Feminist is my favourite). I even go to see them being recorded. This could be considered more intimate than listening through a device — but only if you consider sitting in an auditorium with several hundred other people intimate. I don’t.

I read an article recently about the rising popularity of podcasts, and I think that’s a wonderful thing, but when I read on, I became concerned about the terminology used to describe the podcast experience.

The bbc.co.uk piece entitled, Intimacy Plus: Is that what makes podcasts so popular? By Philippa Goodrich quoted Olly Mann (host of Answer me This and The Modern Mann) as saying, ‘What distinguishes radio from TV is the intimacy. What distinguishes a podcast from radio is that it’s intimacy plus, because you’ve chosen it and it’s literally in your ears.’

It is, more often than not, played directly in your ears, and you have carefully selected the material you listen to, but, that’s as far as I can agree with the statement. Because if that is intimacy plus, what the hell has happened to human connection?

When I think about what intimacy meant to me as a youngster, I feel flushed with warmth. I am transported to my childhood bedroom, snuggled under a blanket with the closest of friends, sharing secrets, hopes and dreams (or at least discussing what French kissing really felt like and whether chocolate milkshake is better than vanilla).

As an adult, intimacy has a more sexual connotation, but, I’m an affectionate woman who’s been married to my best friend for an eternity, so I associate carnal activity with connection and mutual care and understanding. Yes, lucky me, but surely that’s what intimacy should be?

At the risk of sounding like a dinosaur, I think the kind of intimacy I have been privileged to experience carries more weight than listening to a stranger through headphones. There is obvious value to hearing a like-minded, articulate, funny person expressing views you empathise with or can learn from, but is that intimacy plus? I don’t think so.

My view was compounded when I read this tweet by Anna Hart: ‘In 2019 courtship mainly takes the form of men telling me what podcasts to listen to.’

It’s a long time since I was on the dating scene, but Anna paints this picture so concisely and explicitly that it feels true. Not only are podcasts viewed as intimacy plus, they are being used as material during what should be an intimately connecting situation. The word ‘telling’ didn’t escape my attention in that tweet. Are we losing the ability to effectively communicate altogether?

I want my children to know real intimacy; to have the full-on friendships where linked arms, play fights and whispered exchanges will tingle in their memories years later. I want them to sit in dark panelled pubs with new partners and talk about their childhoods and the books they’ve read — even the podcasts they’ve listened to. I hope they have meaningful discussions, that they don’t just ‘tell’ or be told.

What I don’t want is for them to mistake a shared digital experience with a stranger, even if they are listening to words which mean something to them, propelled directly into the centre of their brains, for actual human connection.

I can’t call Deborah Francis-White (host of The Guilty Feminist) in the middle of the night to tell her about my existential crisis, but her real friends can. Podcasts are amazing. We can learn from them, they can make us feel less alone on this big, scary planet, but they won’t hold our hand as we suffer our own real-life problems, and that’s ultimately what I want from intimacy plus.