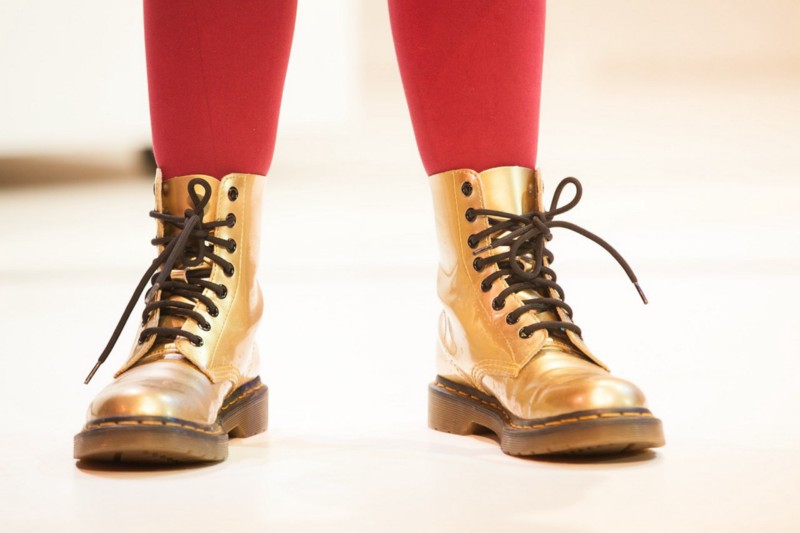 I have just been forced off a pavement by a man. He didn’t barge or shove me, in fact I’m almost certain he didn’t have a clue that I was manoeuvred onto the grass verge because of his presumed ownership of the entire pavement. His obliviousness astonished me.

I was taking my first tentative outside walk since having abdominal surgery, and I’m sure that’s partly why I noticed this man’s behaviour. Anyone who’s had an operation will know that, for a while, you’re acutely aware of your position in relation to potential harm. You become protective of your personal space.

Walking along a pavement which was easily wide enough for two people, I noticed a bearded man in a suit walking towards me from the opposite direction. There was nobody else in the vicinity. As a northerner, I prepared my face for a smile, but he didn’t look at me, so I was spared the automatic nicety.

As we approached each other, I remained on the outside of the pavement, next to a muddy grass verge, whilst he stayed in the middle of the path. Naively, I wondered if he were going to try to take the outside line, in an attempt at chivalry.

We grew nearer and it became clear that wasn’t the case. He remained resolutely central, his blue-suited frame filling the middle section of the path. Had he looked at my face, he would’ve seen my confusion as he continued to walk heedlessly towards me, literally forcing me to step onto the mud to avoid collision.

I wish I had stopped him and asked whether he thought the pavement were wide enough for two. I’ve challenged many a cat-caller over the years, hopefully making them think again before harassing another woman in the street, and I’m now kicking myself for letting this man’s privileged behaviour go.

It’s so subtle, this socialisation of men to take up all the space, that if I hadn’t already felt vulnerable, I may not have noticed. He also looked like a thoroughly respectable person, but just because he wasn’t hollering from the window of a white van, it doesn’t mean his presumption of ownership shouldn’t have a torch shone on it.

I recently read an article in the New Statesman called, How I play Patriarchy Chicken: Why I refuse to move out of the way for men. By Charlotte Riley. It was posted on social media by the author Jo Nadin, who knows the Patriarchy Chicken game as Manslamming.

Manslamming is generally played during busy commutes by women holding their course and seeing how many men slam into them. Because men do not move off their path. Women usually dodge and weave, side-step and apologise. Men, on the whole, stride to their destinations with unswerving directness.

Before the ’Not All Men’ comments start to roll in, I agree that not all men are so assured of their own importance that they don’t notice women stepping into mud to avoid being clunked by a heavy shoulder. I believe my husband would move for a passing person whether they were male or female, so would my male friends, but this man didn’t, and from the comments in response to Jo Nadin’s post, it seems many, many men don’t.

I wonder how other men deal with this male prerogative symptom? I really would be fascinated to hear what happens when two men are on the same course, heading in different directions. Is there a game of Alpha-Male chicken? Do men Alpha-slam? I can’t see that ending well.

The manspreading phenomenon has been so ridiculed that, hopefully, the majority of sentient people can see how risible it is to take up extra space by spreading your legs wide. Let’s try to make people more aware of the propensity for some men to barge women out of the way simply by not being spatially courteous.

Men, may I suggest that you open your eyes on your daily commute and check whether you are so intent on your A to B trajectory that you forge a path that inconveniences others?

Women, I’m loath to suggest we play a game of Manslamming, because, doesn’t that make us as bad as the men who do it? Still, I suppose, until they know how it feels, they won’t change their ways — so pop on your most padded bra, set your shoulders and unapologetically follow your intended course.

As soon as my tummy is better, I’ll be right behind you.